Rules of Survival is a free-to-play battle royale action game developed and published by NetEase Games. The game follows the basic formula seen in other battle royale titles, which declares the last man standing as the victor. The game is also acclaimed for having superior graphics, fluid animation, and highly detailed maps. These attributes became the selling point of the game resulting in an overwhelming 230 million players flocking the game in less than a year since launch. With that said, let’s take a quick look at some of the features waiting for you once you download this action-packed game on your PC.

One of the main catalysts for the success of Rules of Survival is the graphics. Compared to other titles during its time, Rules of Survival features highly detailed maps, characters, weapons, and other in-game contraptions. In addition to the stunning graphics, Rules of Survival also features brilliantly rendered sound effects and BGM that sets the perfect ambiance for each round. The best part is that you can experience all of these features today free on PC.

Rules of Survival despite having the freemium business model embedded within its core is a well-balanced game. Despite the fact that players still have the pay-to-win option, the developers made sure that this feature is optional. Meaning that on the battlefield skill weighs more than equipment, A skilled player who plays the game for free can defeat even the player who spends tons of cash on his equipment.

A Huge Arsenal of Weapons

Rules of Survival features three categories of weapons in its arsenal: Melee, Ranged, and Pistols. Melee weapons as seen in most battle royale titles are the most common type of weapon in the game. You can find melee weapons in almost every corner of the map. Ranged Weapons, on the other hand, are not as common as the melee category. This is because these weapons can inflict an insane amount of damage from a distance. The third category is for pistols, which serves as a temporary weapon when the player has yet to find a decent ranged weapon,

A Diverse Collection of Vehicles

In addition to the huge arsenal of weapons, Rules of Survival also features a wide array of vehicles located in random locations throughout the map. Choose from bicycles, motorcycles, sports cars, and even hovercrafts. Unleash your fury and run-down your enemies using the vehicle of your choice. Do all this plus more by playing Rules of Survival on your PC today!

Rules of Survival is hands down one of the most-balanced battle royale titles in the free-to-play market. Although some players tag the game as a mere clone of other titles, the game packs enough features to stand on its own. Expect intense battle royale gameplay as you compete with players across 61 regions worldwide. Become the last man standing today by checking out Rules of Survival on your PC today.

Words With Friends Classic: The Next Level of Scrabble 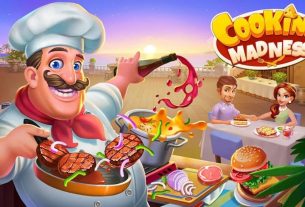 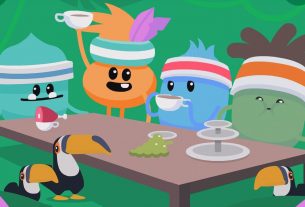 Dumb Ways to Die 2 The Games: So Dumb It’s Fun